This Friday, in celebration of Juneteenth, any Walden product purchased at any Clear Choice or Dockside location will have all profits, both by the store and by us here at Walden, donated to the National Lawyer’s Guild and Black Lives Matter Seattle – King County.

Two and a half years after the Emancipation Proclamation was signed, on June 19th, 1865, Union soldiers landed in Galveston Texas with news that the Civil War had ended and the enslaved were free. Juneteenth, as it has come to be called, is our country’s true Independence Day – when all people were finally free.

Juneteenth is considered the longest running African-American holiday, but isn’t it about time all Americans celebrated it as our own? This was the beginning of the end of one of our most shameful chapters. It is a reminder of our painful past, but a beautiful recognition that we can change.

Of course, abolishing slavery didn’t end racial injustice. Jim Crow laws, systemic racism, and the war on drugs have fueled a prison-industrial complex that continues to enslave and disenfranchise people of color. While wealthy white entrepreneurs start cannabis businesses, black and brown people are still serving time over a blunt. Penal laborers are forced to work for pennies, or if they refuse, face the torture of solitary confinement. Even when these non-violent offenders get out of prison, felony convictions will affect job prospects, make it harder to find housing, and strip them of the right to vote.

Make no mistake, slavery in the United States is alive and well. Systemic racism has ensured that the enslaved are overwhelmingly black, brown, native, and hispanic.

It took far too long for Galveston slaves to hear of their freedom, and it has taken far too long for us as a country to address our racial inequities. BUT – Juneteenth is a beautiful symbol of our ideals. We want today to be a day of celebration for how far we have come, and an acknowledgment that the work is nowhere near done.

In that spirit, we hope that you will join us in celebrating The United States’ true independence day, while fighting for criminal justice reform. Let’s celebrate how far we have come, and commit ourselves to being actively anti-racist in the future. We have a long road ahead, but we can make progress together. Any Walden products purchased at Clear Choice or Dockside this Friday will see all of its profits donated to Black Lives Matter Seattle – King County and to the National Lawyer’s Guild.

And if you’re planning a Juneteenth celebration, Eat Seattle has compiled a great list of black owned restaurants that are providing takeout! Show them, and your belly, some love!

This is great; hopefully more stores will participate next year. 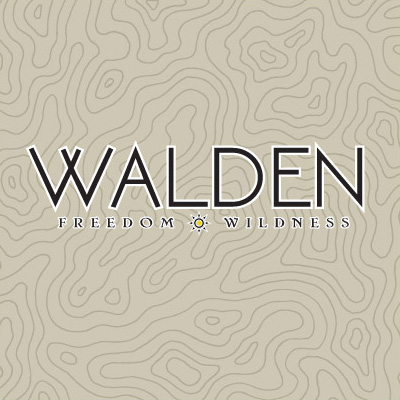